The shooting of the TV serial ‘Taarak Mehta Ka Olta Chashma’, which has been entertaining the viewers since 2008, is being resumed after a nationwide lockdown due to COVID-19 infection.

Viewers were eagerly waiting for his favorite TV serial. But now viewers will see two big changes in this TV serial.

Now in this TV serial, you will not see TV actress Neha Mehta and TV actor Gurcharan Singh as Anjali Bhabi and Raushan Singh as Sodhi. 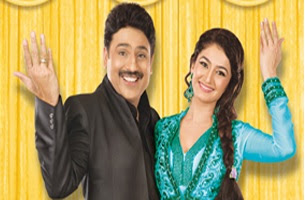 Neha and Gurcharan Singh were both involved from the beginning of the show. Both were liked by the audience, but now you will not see them in TV series.

The search for new faces for the two characters is over.

Who is Sunayana Fozdar?

Waiting to get back to my kingdom! 😄 by that I mean to a shooting set where I felt like a star !Coz this quarantine surely has made us really humble….with all the household chores … Will everything be like before again ever? what do u think? 📷 @ibphotography27

Tarak Mehta Ka Olta: Chashma ‘, the viewers will know how they will feel in the role of Anjali Bhabhi in the TV serial, the TV serial will be aired again.

However, the audience has liked all the characters that Sunaina has played so far. Let us inform you that Sunaina has also started shooting for the TV serial ‘Taarak Mehta Ka Olta Chashma’.

Who is Balwinder Singh Suri

Not only Tarak Mehta’s Olta Chashma TV serial, actor Gurcharan Singh, who played the role of Raushan Singh Sodhi in Neha Mehta, has also bid farewell to the TV serial after 12 years of work.

Now, instead of Gurucharan, actor Balwinder Singh Suri will be seen playing the role in the serial. Balwinder is a famous actor and a friend of Shah Rukh Khan who has acted in ‘Dil To Pagal Hai’.

Apart from this, he has also been seen in ‘Dhamal’, ‘Sajan Chale Sasural’ and ‘Oh Loafer’.

Sodhi’s character in TV series has always been liked by the viewers. This is an interesting character. The melody between Sodi and his Persian wife makes the audience gasp and laugh.

It remains to be seen how much Balwinder Singh Suri fits into this character.

Fans of the TV serial ‘Taarak Mehta Ka Oltah Chashma’ will soon be able to watch a new episode of the show on their TV screens.

He will also get a chance to see the work of these two new artists. If you want to know more interesting news related to the TV industry, keep reading every day.