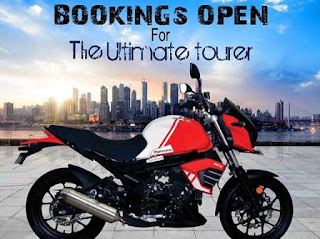 Mahindra Two-Wheels has recently released a teaser and provided information about it. The Mojo 300 BS6 will compete directly with Bajaj’s Dominator 250 in the market.
The updated Mahindra Mojo will get a 295cc, single-cylinder, fuel-injection, oil-cooled engine with the BS4 model, which will now be compatible with the BS6.
The output information of the upgraded engine is not yet known. However in the BS4 version this engine generates 26 bhp of power at 7,500 rpm and 28 Nm of torque at 5,500 rpm.
It is expected that the output of the engine will be the same as the BS4 in the BS6 version. This engine is equipped with 6 speed gearbox.

Before launching the two-wheeler, Mahindra has released a picture of the Mojo BS6, which is expected to come in several color variants. These include Garnet Black, Ruby Red, Black Pearl and Red Egg.
Ruby red and red egg dual-tone, the others are both single-tone letters. The bike wheels of the Garnet Black and Ruby Red color options will have a red pinstripe, the other two colored black wheels. 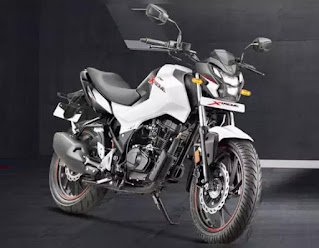 There is no Big Change in Design and Styling

The design and styling of the Mahindra Mojo BS6 will be basically the same as the older model (BS4).
The updated Mojo bike will come with a signature headlamp coil with dual-pod cluster, 300 ABS stickers on the side panel, wide handlebars and long single-piece seats.
The bike has been given ‘BS6’ badge on the extended tank shroud.

This Mahindra bike will come with telescopic front forks and rear psychic absorbers. It will have 320mm disc brakes at the front and 240mm at the rear.
The bike will be equipped with dual channel ABS (anti-lock braking system). The same suspension and braking setup is available on the Mojo BS4 model.