TV’s most popular comedy show Tarak Mehta Ka Ooltah Chashmah has been ruling people’s hearts for decades. People often talk about Jethalal’s life in this show. Dilip Joshi, who reigned in the hearts of the people as Jethalal, is celebrating his 53rd birthday today. He has shown his great acting not only on TV but also in movies. 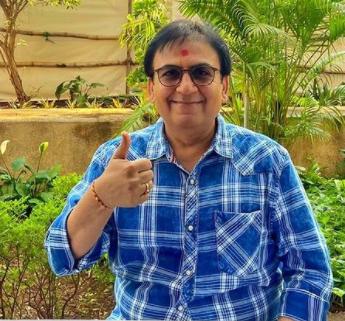 Dilip Joshi started his career with Salman Khan’s film Main Pyaar Kiya. In this film, Dilip played the role of a cook. It was also the first picture of Salman and Bhagyashree. Dilip Joshi impressed people with his performance.

After Salman Khan, Dilip Joshi also acted in Hum Aapne Hai Kaun, in which Madhuri Dixit was also present along with Salman Khan. In this film, he played the role of Madhuri’s brother Bhola Prasad, but he did not get the love of the people.

Dilip Joshi has also worked with Akshay Khanna. He played the role of a liftman in the film Hamraj. The audience liked the picture very much. Undoubtedly, Dilip was seen in the film for a short time, but he won the hearts of everyone with his comedy time.

When movies about fate don’t burn, he leans towards the television. He did serials like ‘Shubh Mangal Sabdhan’, ‘Yeh Duniya Ha Rangeen’ and ‘Kya Baat Hai’, but he could not reign in the hearts of the people. After a while, Tarak Mehta Ka Ooltah Chashmah made its debut, in which he got the role of Jethalal.