Fast & Furious 9, which is being released as F9 in some countries, has leaked online. The Hollywood film has been leaked in different quality and file sizes ranging from 900MB to 2GB. F9 is available as torrents on torrent portals and some piracy networks. 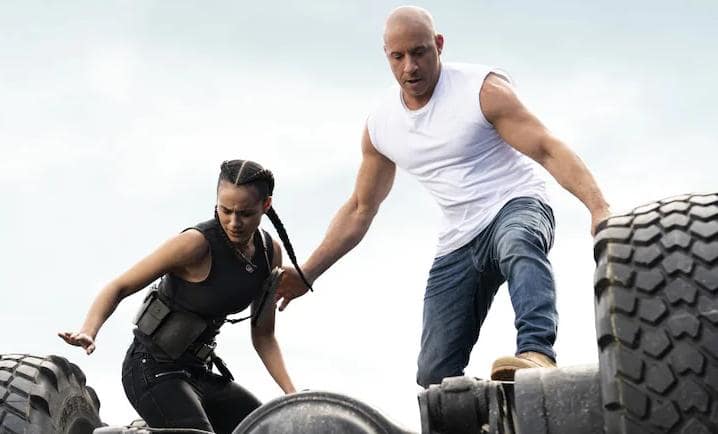 People’s comments and screenshots show that some of these are original copies, but some are loaded with viruses, malware, or adware that have the potential to damage your device.

As you may be aware, the biggest damage in the cinema world is through piracy and piracy is also a legal offense. We will not advise you to download a copy of movies through torrents or other means like this. Illegal file sharing is a crime.

The first legitimate leaks of Fast & Furious 9 were recently put on torrent sites like The Pirate Bay and Zooqle, with the label “CAM” suggesting that it was shot in theaters with a video camera.

F9 premiered in China, Russia, Korea, Hong Kong, and parts of the Middle East last week. According to the comments, the first edition is filled with advertisements for online gambling and betting websites.

Since then, many more editions have been listed with the label – Version 2.0, New, or “V2” till the time of writing the news. Some of these come with hardcoded Hindi subtitles.

The good news for Fast & Furious 9’s cast and crew and the film’s distributor Universal Pictures is that the quality of all illegal Fast & Furious 9 copies is extremely poor. By looking at the screenshots available in the listings, we can tell that they come with a lot of sharpness, dark contrast, cropped frames, or dull colors.

We are not sharing screenshots due to the intention of not giving spoilers. Comments from users show that the audio of these copies also has a problem of echo and muffle. We will not advise you of piracy, but if you are interested in watching this movie, you can watch it near your nearest cinema or through the OTT platform in the future.