The death of Bigg Boss season 13 winner Siddharth Shukla has left his fans heartbroken. The death of the actor has caused a big shock for people from Bollywood to TV industry.

Heart attack is said to be the cause of Siddhartha’s death. According to the news, Siddharth Shukla slept at night with medicine and could not get up in the morning.

The name of Siddharth Shukla is associated with Shahnaz Gill and both were known by the name of fans Sidnaz. But now only proud remains because Sid has said goodbye to the world.

A friend of Shahnaz Gill has given information about this. Shahnaz Gill is a great actress and her name has been associated with Siddharth Shukla for a long time. 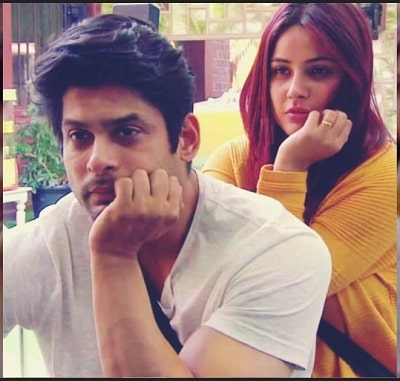 In Bigg Boss, the friendship and love angle of both entertained the fans a lot. Siddharth and Shahnaz never gave their relationship the name of love in a serious way, but Shahnaz often used to say that Siddharth is closest to her.

Even in Bigg Boss, he had also said that only Siddharth can praise him. What are those girls, if they even sit near the boys, then they start getting jealous.

This sour-sweet friendship of Siddharth and Shahnaz was given the name of love many times. Fans used to affectionately call her Sidnaz. Shahnaz often used to openly say in the show that she is hungry for love and wants Siddharth to be with her. Even when Salman openly asked Shehnaaz if she and Siddharth were girlfriend boyfriends, he said – ‘No, but there is something between us, on which Siddharth also agreed’.

The fans liked their pair so much that they started talking about their marriage too. Even a picture went viral on social media in which vermilion was seen on Sana’s forehead.

After this picture went viral, the fans started feeling that both of them got married secretly. However, it was later found that this picture was photoshopped and nothing of the sort had happened. Now with the departure of Siddharth, the pair of Sidnaz broke up.

Bigg Boss fame Shahnaz Gill once said in an interview that ‘my relationship with Siddharth is different. She is like my family. Actually, the fans liked the pairing of Shahnaz and Siddharth Shukla. People call them by the name Sidnaz, but after the departure of Siddharth, the couple has now broken up.

It is being told that Siddhartha slept with medicine at night, after which he did not wake up in the morning. At present, his dead body is at the Cooper Hospital in Mumbai. There has been mourning in the TV and film industry as soon as this news came to the fore. Many celebs on Twitter are mourning the death of Siddharth. At the same time, many people are still unable to believe this.