According to Ola, the electric scooter will be offered in three variants, it can be offered in 10 colors. Due to high sales, the company may plan to install the stations.

If you like electric scooters, and you want to buy them, then wait a while because Ola Company is preparing to launch an electric scooter. Ola has started the pre-bookings for the electric scooter on its website, and the scooter will be launched in the coming few weeks.

We had mentioned in our previous post that after the announcement of pre-booking, the company has received more than one lakh bookings of OLA electric scooters.

Before the launch of OLA Electric Scooters, here are some important things to know about it. 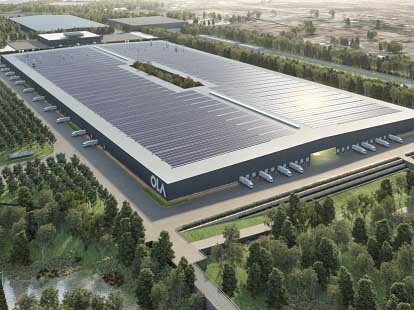 This is OLA’s first two-wheeler that will be manufactured at the Ola Future factory in Tamil Nadu. It is being built on 500 acres at a cost of 2,400 crores. The company claims that this factory will have the capacity to produce 2 lakh units every year.

The Ola electric scooter is likely to be offered in three variants and could be placed in the S series. The company has also filed a patent for the other two names – S1 and S1 Pro which could be additional variants/trims of the two-wheeler.

The Ola electric scooter can be built based on the Itargo Appscooter which is powered by an automated high-power-density battery. It claims to be able to run 240 kilometers without recharging. However, in the real world, it offers a range of about 150 kilometers on a single charge.

Talking about the motor, the Ola electric scooters are likely to come with electric motors of 3Kw and 6Kw. This motor gives a peak torque of around 50 Nm. The top speed of the electric two-wheeler is likely to go up to 90 kmph. The charging capacity of the scooter can be more than the rest of the electric scooter. This scooter will be charged from 0 to 50% in just 18 minutes. It will take time to get fully recharged at the charging station in just 2.30 hours. However, if plugged into a regular home charging point, the OLA electric two-wheeler can take up to 5.30 hours to fully charge from 0.

With the OLA electric scooter, the customer will receive a charger that plugs into their regular wall socket to charge the vehicle at home. You can also monitor the charging status using the Ola Electric app. Ola will offer you a smartphone connection for the scooters.

The price of Ola e-scooters can be between Rs 1.2 lakh and Rs 1.4 lakh (ex-showroom). It will compete with rivals like Ather 450X and TVS iQube.