Star Plus has given a new show to its viewers in the past days, this time a serial called Anupama has been launched in the world of entertainment drama. Let’s find out about the cast, story, schedule, etc. of the serial.

The Anupama serial has aired on Star Plus since July 13, 2020, and has become the highest-rated show ever. The show is being well received by the audience. 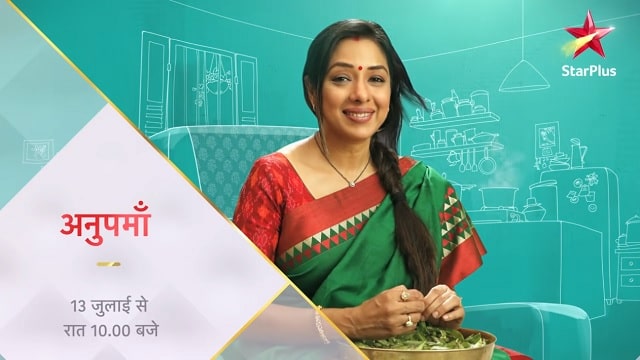 The story of the Anupama serial is about devoted housewives, mothers, and daughters-in-law who love their families and take care of their needs.

With the same love and respect from his own family members in his own home, he realized the bitter truth that compelled him to live on his own terms.

Due to her incomplete studies and being an ordinary housewife, she often gets insulted by her husband Vanraj, mother-in-law Leela and her child Paritosh and Pakhi.

Only Anupama’s younger son Samar, his brother-in-law Sanjay, his father-in-law Hasmukh, Lila’s brother Jignesh and his housemaid Jhilmil stands by him.

Anupama’s husband Vanraj has developed an attraction to his colleague Kavya, while Kavya feels insecure due to Anupama. This story revolves around Anupama her husband Vanraj, Kavya, and her family.

Talking about the cast of the show, very talented actors and actresses have played their characters in which Rupali Ganguly and Sudhanshu Pandey is in the lead role.

Rupali Ganguly is seen in the role of Anupama while Ashish, Paris and Muskan Bawne are playing Rupali Ganguly’s children.

The first episode of Star Plus Anupama started on 13 July and so far this serial is very popular.

Anupamaa is an Indian drama television series that premiered on 13 July 2020 on Star Plus. The Series is produced by Rajan Shahi under Director’s Kut Productions.

It is Based on Star Jalsha’s Bengali series Sreemoyee and a remake of Star Pravah’s Marathi Serial Aai Kuthe Kay Karte which is also Produced by Rajan Shahi itself.