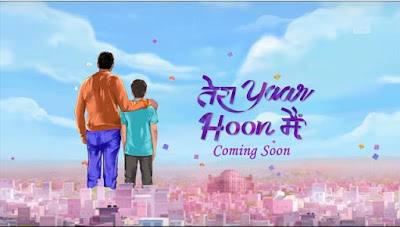 Sony Entertainment Television is set to launch the serial titled “Tera Yaar Hoon Main” on SAB TV. Its promo has been released, which was seen in the interval of SAB TV serials.

Due to Coronavirus, almost all the new and old projects of all the TV channels remained incomplete and viewers have to watch the repeat telecasts of the old serials.

If you get to see the promo of the new serial while watching the old serial, then there is a wave of delight in the audience. It comes out from the mouth of every viewer that, thankfully, a new serial is coming.

Thanks to Sony SAB TV who started showing the promos of “Tera Yaar Hoon Main” on the channel. But it is not known yet when it will be broadcast.

By watching the promo, it is known that it is a laughingstock like the other serials that Sony SAB TV has been giving to its viewers.

It is known from the promo that it is the story of a family in which five members (Mother, Father, Uncle, Aunt, and Child) live.

Currently, the show has started an animated promo, soon the original promo will also be launched and we will give you an update.