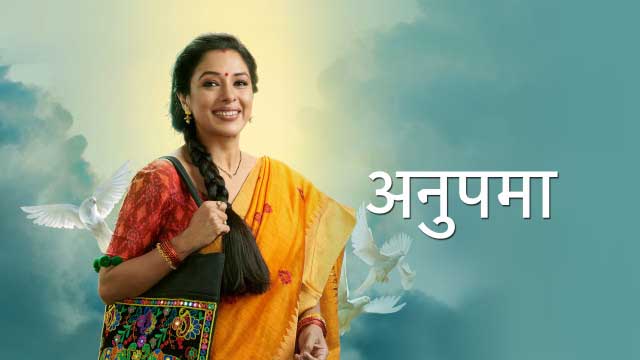 Actress Rupali Ganguly is playing the character of an uneducated woman in her popular TV show ‘Anupama‘. However, the way his character is facing all the difficulties, the audience is quite impressed with the show. But do you know that Rupali has earned a degree in Hotel Management in real life? Recently Dainik Bhaskar tried to know his educational qualification from the second-star cast of ‘Anupama’. During the conversation, these actors also spoke about their dream careers. Let’s know what he said:

Had I not been an actor, I would have been a part of Naturopathy or Ayurveda. Believe me, I know a lot about Grandma’s recipe. If I had progressed in this field, I would have helped people by bringing all the prescriptions on one platform. Even when I had covid, I took less and less medicine and used Ayurvedic Vastu more.

I have done software engineering. To be honest, I wanted to take a science subject, but my parents did not have that much money at that time. If I had progressed in science, I would have become a doctor (laughs). I had to take an engineering course in which I was not much interested and then I set out on the path of acting.

I was very passionate about acting since childhood. My father is a director, writer, producer and my mother is an actress. I have grown up watching them, that is why I have never thought of any other career other than acting. However, if I had not become an actor, I would have definitely done wonders in the dance field. I love to dance.

I am very fond of photography. Since my college days, I was very interested in doing different types of photography. Not only this, I wanted to do a professional course in this field, but perhaps luck was written to work in front of the camera, not behind the camera. I got my first show ‘Hip Hip Hurray and just from there, I started on the path of acting.

I was interested in acting since childhood and I was sure that in this field, I would move forward. However, I also realize that in the future I will have to do something other than acting. Along with acting, I also want to direct. I have choreographed dance for almost 12 years. Also directed some plays in Mumbai. I know a lot about the camera and that’s why I believe that I can do very well in it.

If I was not an actor, I would have made my career in any special service, be it IPS or IAS. I really wanted to go to the police. To be honest, I have always wanted to do something for my country. I always wanted to take the responsibility of bringing some change in the country and that is why in the Special Service, I always aspired to see myself.

If I was not an actor, I would have definitely joined the field of fashion. After completing my graduation, I have done a one-year fashion designing course. I wanted to move forward in this field but during that time I got an offer of acting.

Sudhanshu wanted to become an army officer. He has completed his studies at Army School in Nainital. Due to their good looks, she was offered many modeling assignments. At the age of 19, he made his step into the modeling world and after that, he became a part of the glamor field.